Outdoor seating for The Crown Rooftop Bar is shown Thursday. The rooftop bar on top of the 10-story Warrior Hotel is now open to the public. 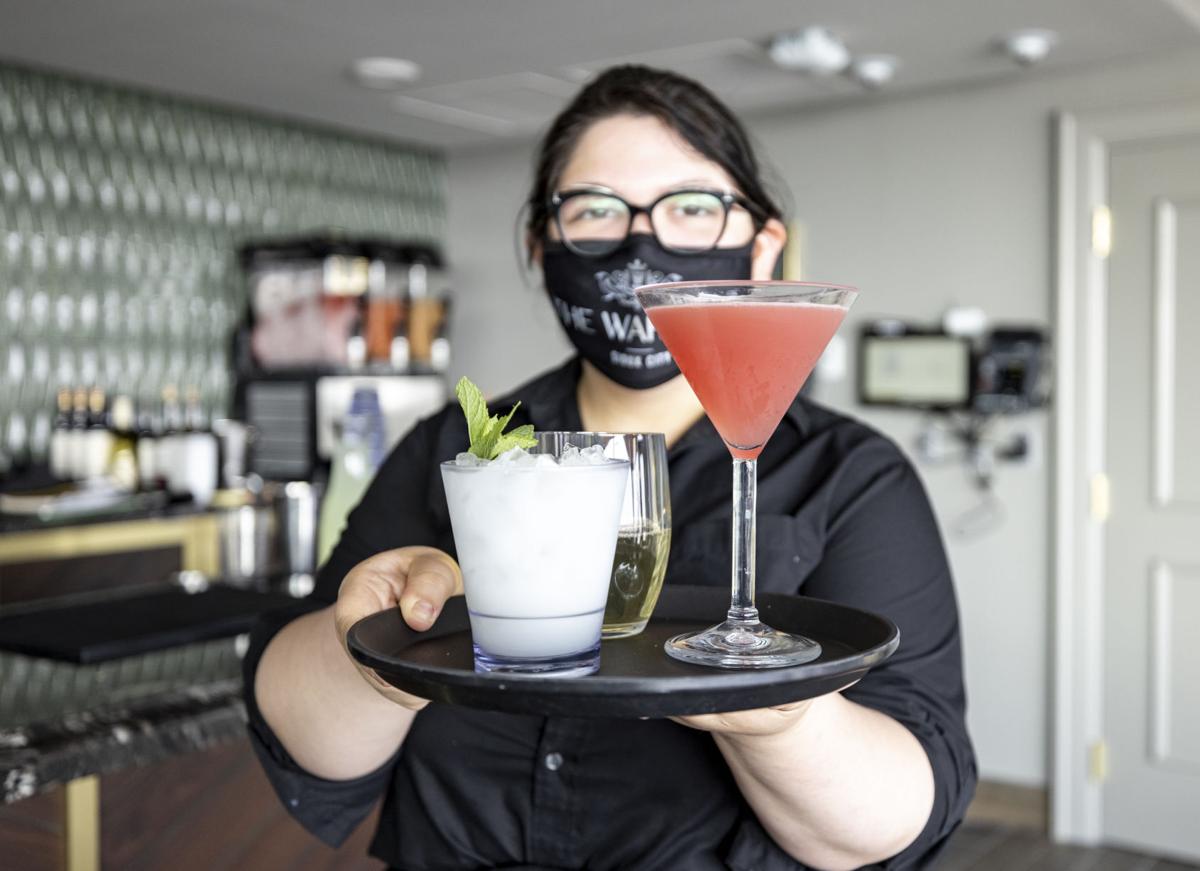 Sofia Johnston carries a Watermelon Margarita, right, a Sovereign coconut mojito, left, and a Carmel Road Chardonnay, behind, for customers at The Crown Rooftop Bar at the Warrior Hotel on Thursday. 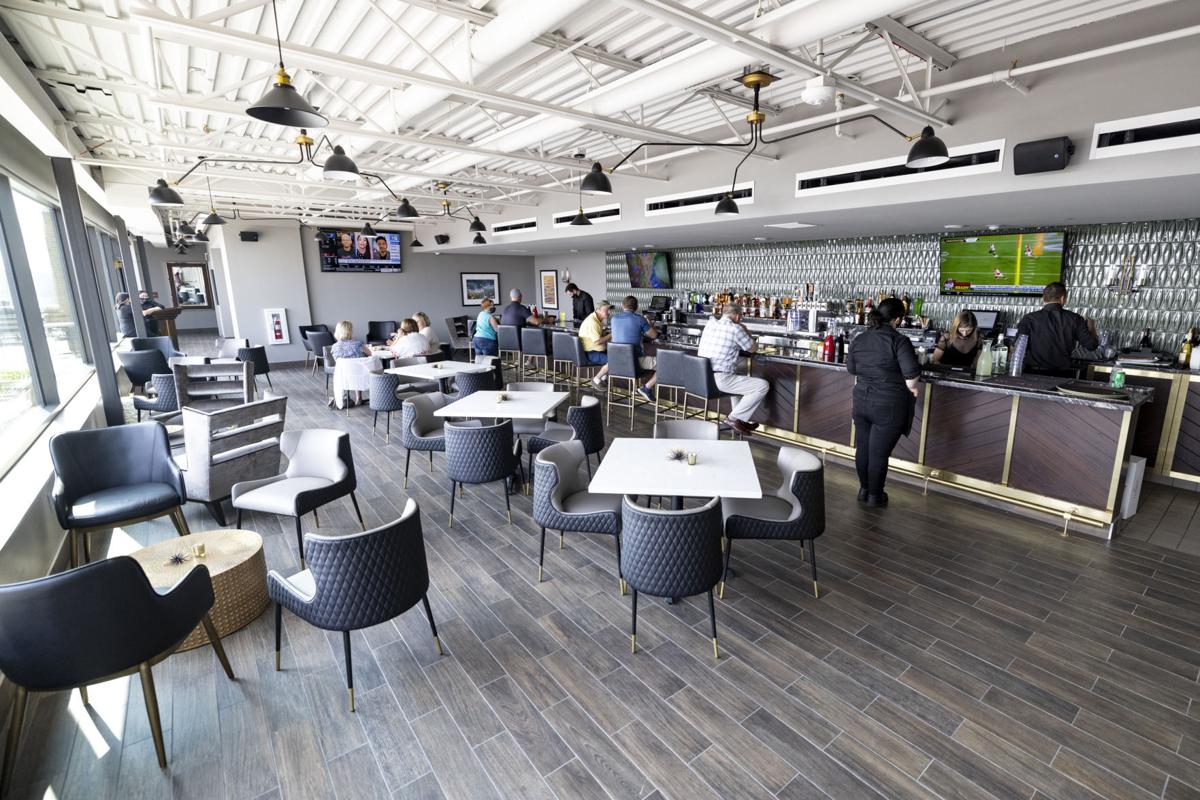 The rooftop bar at the Warrior Hotel is now open for business in downtown Sioux City. 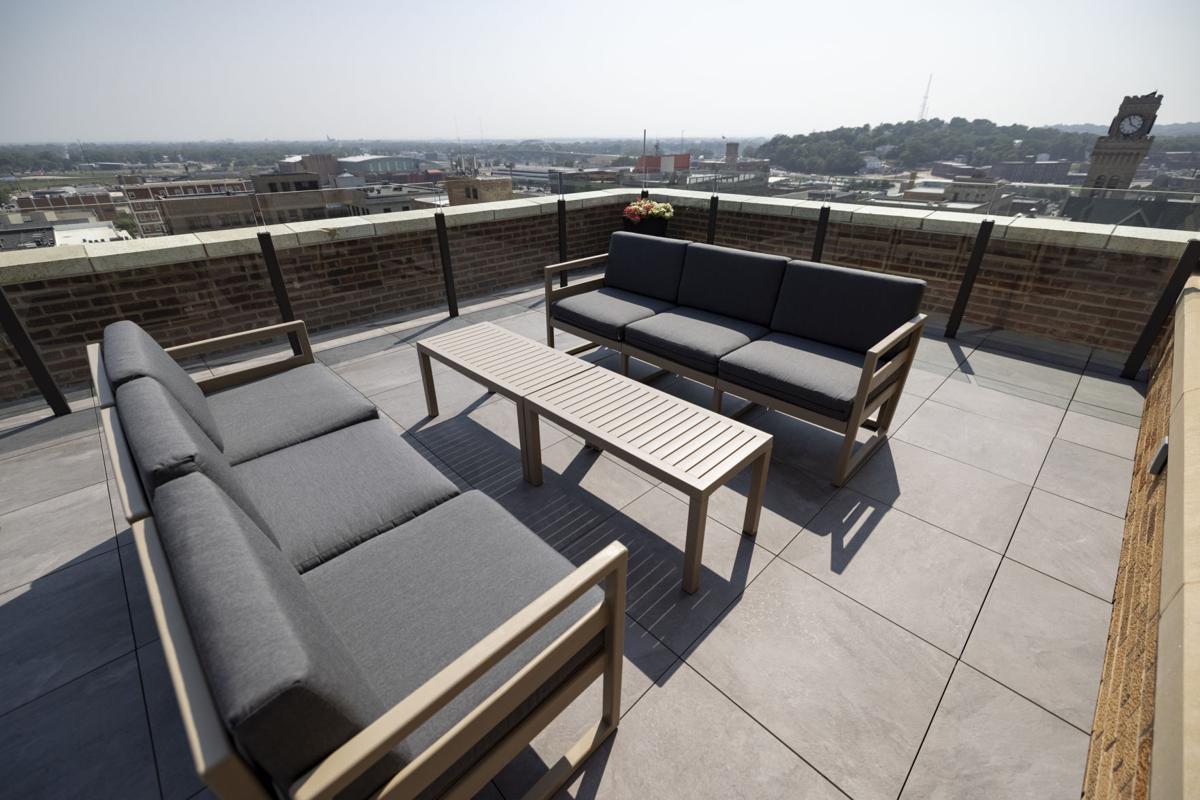 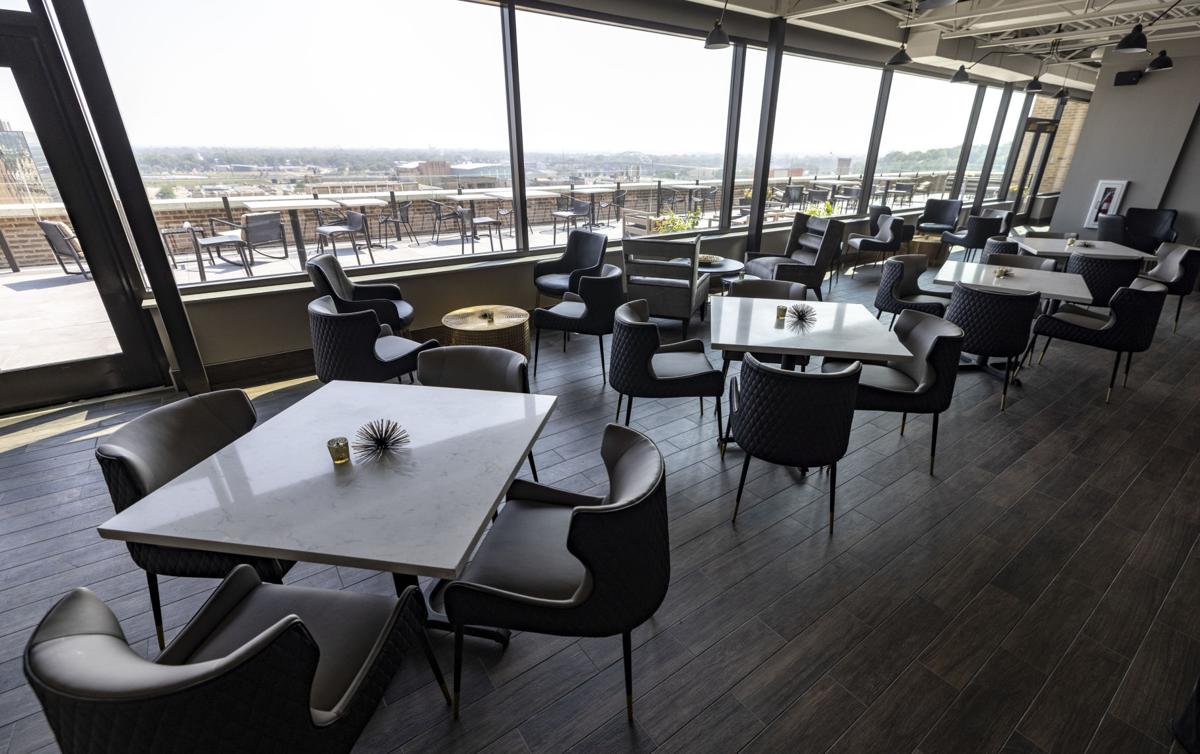 The rooftop bar at the Warrior Hotel is now open for business in downtown Sioux City.

SIOUX CITY — What’s one of the first things visitors to the Warrior Hotel’s new rooftop bar notice when they step outside?

“You have no idea you’re eye-level with the clock tower,” Lila Plambeck, the Warrior’s director of marketing and sales, said of the signature City Hall tower. “That’s the craziest thing ever.”

The Crown Rooftop Bar, located atop the 10-story historic hotel, offers stunning panoramic views of downtown. Much of the seating in the L-shaped outdoor patio looks toward the south, providing unique glimpses of such landmarks as the Missouri River, the Siouxland Veterans Memorial Bridge and two structures that also rival the Warrior in height — the Badgerow Building and the Ho-Chunk Centre.

“It’s something Sioux City has never seen before,” Plambeck said of The Crown, which opened to the public Thursday.

Plambeck spoke as she showed the new space to local media. Work was finished earlier this year. A “soft opening” started July 2, with access limited to hotel guests and dignitaries.

Your membership makes our reporting possible.

The Crown, which is now open beginning at 4 p.m. on Thursdays, Fridays and Saturdays, serves drinks and appetizers, which the bar refers to as “small bites.” Plambeck noted an expert was brought in from Kansas City to help the staff learn how to make The Crown’s unique mixed drinks, which have names such as tufted puffin’ and kinky parrot. The former is made with Bacardi Silver rum, coconut water, house-made simple syrup and lime juice, while the latter is made with passion fruit-mango vodka and orange and pineapple juice.

Raw sewage draining on floor, roach in the Cheetos, rodents