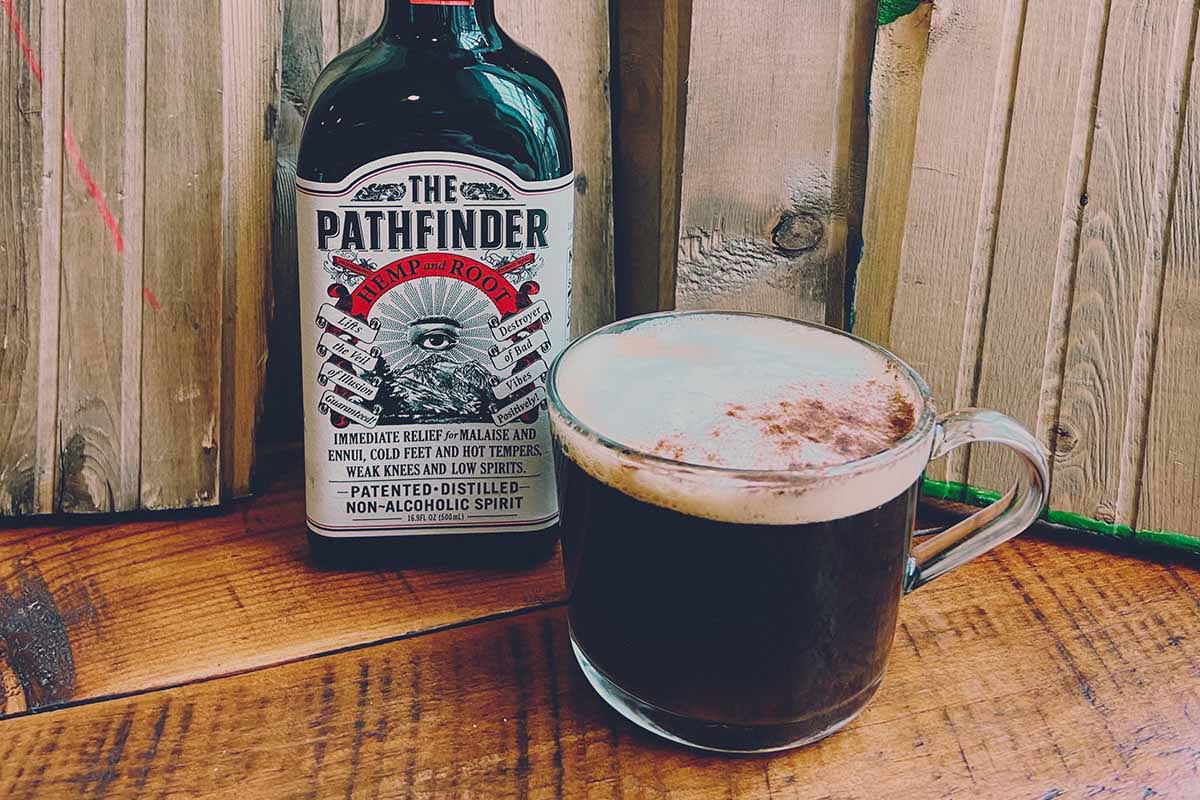 What we’re ingesting: The Pathfinder Hemp & Root, a non-alcoholic “spirit” fermented and distilled from hemp (amongst different substances)

The place it’s from: Primarily based in Seattle, The Pathfinder was co-founded by Steven Grasse (creator of Hendrick’s Gin and Sailor Jerry Rum), Chris Abbott (the hashish entrepreneur behind Mr. Moxey’s) and Man Escolme (ex-Diageo).

Why we’re ingesting this: Truthfully, as a result of we not too long ago loved just a few low- (however not “no”) alcohol tipples using The Pathfinder, and we needed to debate this attention-grabbing hybrid strategy to cocktails. (Plus, we did the old-timey apothecary designs on the bottle.)

“It took us two years to get to the suitable course of such that we developed a posh style however no alcohol,” as Abbott tells InsideHook. “We begin by fermenting hemp seeds after which distill the liquid to create our base. This preliminary course of is much like new-make whisky, vodka or tequila, besides we use hemp as an alternative of malted barley, grain or agave. The second a part of our course of is much like how vermouths, gins and amari are made — Vermouth-style extraction, steeping, macheration, distillation and infusions.”

We initially tried this in a whiskey bitter variation (that, sure, included whiskey). It seems bartenders are utilizing this in boozy tipples — with a latest convert together with Amor y Amargo in New York.

“It’s a simple approach so as to add bitterness and complexity in a non-alcoholic cocktail,” says Abbott. “And in a boozy, spirit-forward cocktail, bartenders strategy The Pathfinder a lot the identical approach they might an amaro or candy vermouth.”

The way it tastes: The Pathfinder is made out of fermented and distilled hemp, in addition to substances comparable to Douglas fir, sage, juniper, saffron, wormwood and angelica root, together with pure terpenes.

An amaro is the very first thing you consider on the nostril — and sure, in case you’re conversant in hemp merchandise, you’ll choose up these memorable notes, too. On the palate, it’s an oily texture with hints of root beer, anise, a Campari-like bitterness and pine (that Douglas fir is shining by way of). What’s good is that, sans alcohol, there’s an precise texture right here that feels prefer it’d play properly with tonic/soda and a little bit of citrus (we made a non-alcoholic drink with soda and lemon, and it truthfully tasted like an artisanal cola). It’s additionally apparently nice with espresso (and sure, you should utilize in an Irish espresso break up with a whiskey).

One urged recipe from The Pathfinder workforce is a Manhattan: Stir 1.5 oz rye, .5 oz Laird’s Apple Brandy, 1 oz Pathfinder and three dashes Angostura bitters with ice; pressure right into a coup, garnish with a cherry.

The place to purchase it: You should buy a 500ml bottle for $45 ($35 plus delivery) immediately from The Pathfinder web site.

This text was featured within the InsideHook publication. Join now.

The put up Evaluation: The Pathfinder Is a Non-Alcoholic Spirit That Shines in Boozy Drinks appeared first on InsideHook.

The article Evaluation: The Pathfinder Is a Non-Alcoholic Spirit That Shines in Boozy Drinks by Kirk Miller was initially revealed on InsideHook.