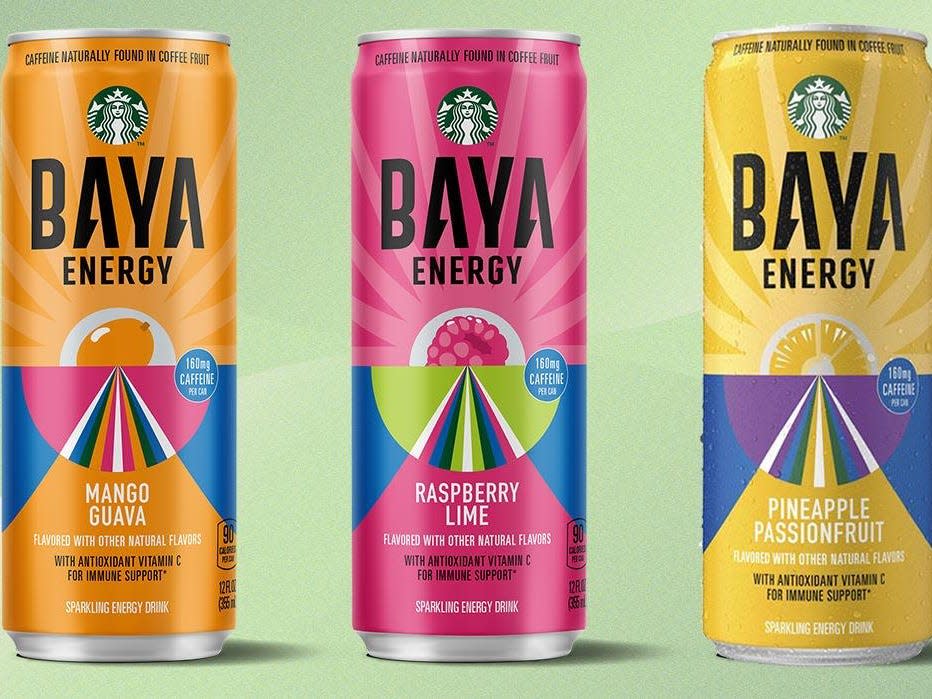 Starbucks is making and promoting power drinks for the first-ever time.

The drinks are available cans to be able to drink them on-the-go and can be found at grocery and comfort shops at a steered retail worth of $2.89.

They’re going to be rolled out at Starbucks US shops from March 1, the espresso chain introduced Tuesday.

The drinks, referred to as Starbucks BAYA Vitality, are available three flavors: mango guava, raspberry lime, and pineapple passionfruit. Every 12-ounce can has 90 energy and 160 mg of caffeine.

In a press launch, Starbucks stated the drinks are “crafted from caffeine naturally present in espresso fruit in addition to antioxidant vitamin C for immune assist to present shoppers a lift of feel-good power.”

“Through the years, we have continued to determine new and thrilling methods to develop our ready-to-drink portfolio and noticed a chance to enhance our present espresso beverage lineup with Starbucks BAYA Vitality, the model’s first beverage to launch within the power class,” Chanda Beppu, vice chairman of channel growth Americas at Starbucks, stated within the press launch.

Starbucks stated that it was additionally rolling out different ready-to-drink drinks, together with some oat milk-based ones, after the chain’s profitable launch of the dairy various earlier this yr.

Starbucks can also be releasing a 72-ounce carton of its Chilly Brew at a steered retail worth of $15.

The drinks have been developed by Starbucks and PepsiCo as a part of a ready-to-drink drinks partnership, the North American Espresso Partnership. The businesses say that the partnership makes greater than $2.8 billion in annual retail gross sales.